About Us Top
Investor Relations Top

Message from the President 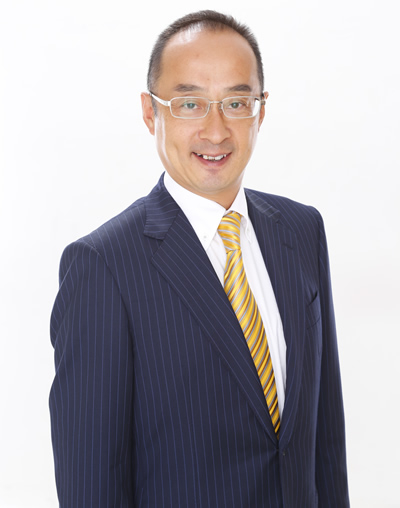 When I entered the Relo Group as a first generation college graduate, I was drawn to the mission of our founder Mr. Sasada. "Those in Japan who are relocated by their companies are suffering. With things as they are, they cannot transfer with confidence. They cannot flourish. Let's solve this problem together!"

Ten years later in 1999, while the Relo Group opened its stocks to the public, in the meantime the integrated departments were dismantled and subsequently a new business was set up. Also after the Lehman Brothers bankruptcy a new company was established. After experiencing this I assumed the role of President of the Relo Group in October of 2010.

In the Japan of the time, phrases such as "the lost 20 years" and "Japan-nothing" permeated society. A feeling of entrapment hung around. The Relo Group also had low expectations from the stock market, and the aggregate market value stagnated.

"Japanese companies still have so much potential." By using our abilities, what can we as the Relo Group do?

Japanese companies, who are faced with large problems in labor shortage due to depopulation and domestic market reduction, need to concentrate on their core work so they can fight on the world stage. "We'll support their non-core work." "We'll support their global expansion so that they can fight with the true samurai spirit." "We'll become a crucial presence for the coming great transformation of Japan." This spirit embodies our new mission: "the Second Start-up Period". This vision of "becoming the number one global relocation company" was decided upon.

Furthermore the Relo Group called out to its employees: "We still have so much potential. Let's focus the group once more towards all staff participating in management, and all staff owning stocks in a partnership management, like it was when the company was established. Let's realize a new mission!" "Let's breakthrough that feeling of entrapment, and create a structure where the people who work here have more vitality!" This spirit was shared with all employees and "The Second Start-up Period" was kicked off.

Since becoming established, the Relo Group has advocated the creed that we provide the best possible services to our clients.

Currently we're fortunate to do business with over 10,000 clients. From here on, in order to fulfill the Relo Group's mission, we will continue to promote efficiency through further improvement and system investment of the usability in all of the services the Relo Group is developing. This of course includes our main line of business: corporate housing management, fringe benefit programs, and global relocation support. Additionally overseas, as well as expanding the bases where we can support our clients, the Relo Group itself will achieve its own globalization and aim to be a presence that can support the movement and activity of the people who work in companies in Japan and all over the world. We appreciate your continued support.